I am a returning customer

If you already have an account with us, please login at the login form.

You can now take advantage of member privileges to enhance your online shopping experience with us.

If you have ANY questions about the operation of this online shop, please e-mail the store owner.

A confirmation has been sent to the provided e-mail address. If you have not received it within the hour, please contact us.

Your shopping cart has been saved, the items inside it will be restored whenever you log back into your account.

How To Unlock Wiko Phones by Unlock Code (carrier change) 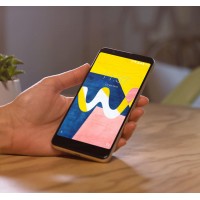 If you have an Wiko Phones smartphone and are thinking of switching to another mobile service provider because your current operator is charging a lot of money for calls, messages and data usage. In addition, the service provided by the operator is very poor and you want to use the network that most of your friends use, but SIM cards do not work on your phone, the solution is to unlock the phone by IMEI code or Network Code. When you unlock it you will have the option to use it anywhere in the world and with any SIM Card. The device will gain new features and special options. We will provide you with the unlock code you need so that your Alcatel phone can be used with any operator. We would only need to know the IMEI (International Mobile Equipment Identity) of your phone and this is obtained by dialing *#06# on the phone's call screen or by removing the battery on the information label.

What do we need to know to generate an unlock code for the Wiko Phones?

1. The IMEI number obtained by dialing (*#06#). Remember that the IMEI of your phone is unique and can be considered as an identification for each phone.

Some supported models are:

How to unlock Wiko Phones by Imei code?

1. Turn off the Wiko Phones.
2. Insert a different SIM card than the original (example, if the original operator is AT&T, insert a MetroPCS SIM card).
3. Turn on your phone, If the SIM card asks for a PIN code, enter it.
4. When the message Enter Network Code or Network Unlock Pin appears, you must enter the unlock code (NCK) that we have sent to you in liberalo.net and press Ok. If there is no screen to enter network unlock code, you must put the original SIM card and Dial #987654321#. Unlock screen will appear, Enter the code.
5. Then the phone will be Unlocked and will never ask for more unlock code.

What benefits do you get when you unlock a Wiko Phones?

1. Once you have unlocked your Wiko Phones, you have the advantage of choosing the mobile network you want, it will never be associated with a single network.
2. You can avoid roaming charges if you travel to another country.
3. You will have the ease of using one or more sim cards from the country where you are.
4. You can take advantage of the data and call services of several telephone companies (this is possible with a Wiko Phones cell phone unlocked), you can avoid charging additional balance
5. Access many special functions on your Wiko Phones.
Where do I go to get an unlock code for the Wiko Phones?

Generally to unlock a mobile phone or Wi-Fi hotspot, we go to a technical service. We want to let you know that to unlock your Wiko Phones you only need a code provided by us and best of all from the comfort of your home without wasting time, you do not need to use cables or updates or root to your computer, it is not necessary Do any complex step, only with a code that we will send quickly you can unlock your phone.


Is it a safe and reliable process?